This course will introduce students to the culture of Ancient Greece, in the way of learning and reflecting the myths about the Olympian gods and heroes, which is always considered as the origins of western thoughts. To understand a culture better, we need to go back to its beginning period, the myths period. By doing so, we’ll learn not only interesting and mythical tales, but also the way of understanding the world and society among early humans. The topics shown in the tales are eternal, such as human nature and fate, conflicts between justice and law, which still deserve further discussion nowadays. Due to the characteristics of myths in all cultures (lack of systematic writing in early days), this course will involve many literary works, like ancient Greek dramas. 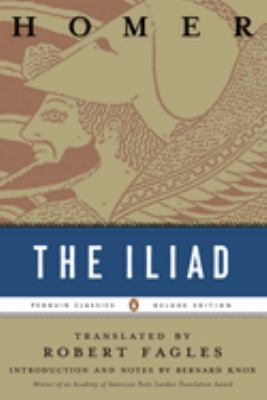 Iliad is the tale of 51 days’ fighting in the tenth year of the Trojan War. The hero Achilles fell into anger with the Greeks, due to conflict with the king Agamemnon over a female slave. Achilles thus refused to go to the battlefield for the Greeks, and the Greeks suffered great loss during the war without the leadership of Achilles. Achilles returned to the battlefield only after the death of his closest friend Patroclus, who was killed by the Trojan leader Hector. Achilles killed Hector to revenge, but eventually returned Hector’s body to Hector’s father Priam, as Priam reminded him of his own father, another old man who will never see his son again. 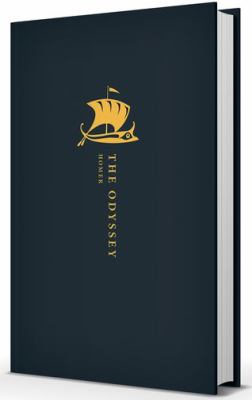 The Odyssey begins ten years after the end of the Trojan War, but Odysseus, king of Ithaca, has still not returned. In his absence, Odysseus is assumed to have died, due to which his wife Penelope and son Telemachus must deal with a group of unruly suitors. After ten years of adventure on the sea, experiencing Polyphemus- the one-eyed giant son of Poseidon, Aeolus- a king endowed by the gods with the winds, Laestrygonians- a tribe of man-eating giants, Circe- daughter of the sun-god Helios, Sirens, and Calypso, Odyssey finally returns to Ithaca, kills all the suitors, and reclaims his wife and household. 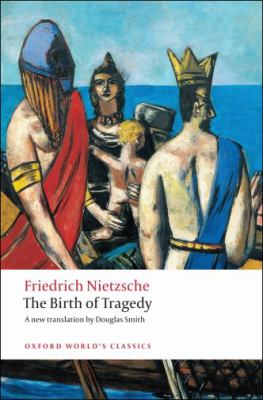 The Birth of Tragedy

Nietzsche published this book in 1872. This book is both a historical study of the origin and decline of Greek tragedy and a manifesto for the decadence and the regeneration of contemporary German culture. What links the two is the central role ascribed to music. Nietzsche argues that Greek tragedy is born of music, while his hopes for German cultural renewal look to Wagnerian opera for their fulfilment. Chapters 1-18 are devoted to an investigation of Greek tragedy, and Chapters 19-25 proceeds to examine the development of opera and modern German music. 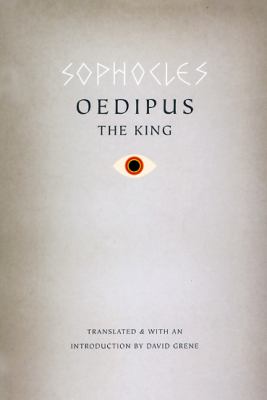 Oedipus The King is a tragedy by Sophocles, one of the three Sophocles’ plays dealing with the story of Oedipus that has survived. In Oedipus The King, Oedipus, the King of Thebes, was searching for the murderer of Laius, the previous King of Thebes, for the purpose of ending a plague ravaging Thebes. Tragically, it turns out that Oedipus was the murderer, who was also the son of Laius, and he had married his mother Jocasta. In despair of the cruel truth, Jocasta hanged herself, and Oedipus gouged out his own eyes and went on exile. 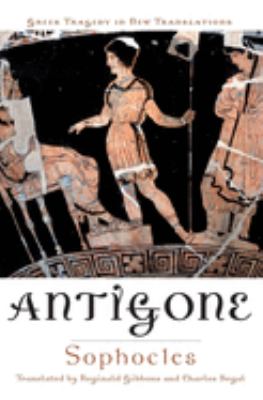 This book narrates the story of Antigone addressed by Sophocles. Oedipus's sons, Eteocles and Polynices parts with each other on the issue who reigned the kingdom. Polynices gathers an army and attacks the city of Thebes. Both brothers are killed in the battle. King Creon, who has ascended to the throne of Thebes after the death of the brothers, decrees that Polynices is not to be buried. Antigone, Polynices' sister, claiming the superiority of divine over human law, defies the king's order and is executed. Creon's son Haemon who is in love with Antigone commits suicide, and his mother Queen Eurydice also kills herself in despair over her son's death. 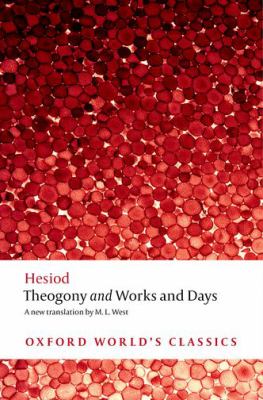 Theogony and Works and Days

Theogony is a poem by Hesiod, which contains a systematic genealogy of the gods from the chaos, the beginning of the world, and an account of their violent struggles before the present cosmological order was established- It is the first known Greek mythical cosmogony. Theogony attributes the authority of kingship to the poetic voice endowed by Muses. Theogony is also the source for the myths of Prometheus, Pandora, and the Golden Age. Works and Days is a compendium of moral and practical instruction for a life of honest husbandry, throwing light on archaic Greek society, ethics, and superstition. 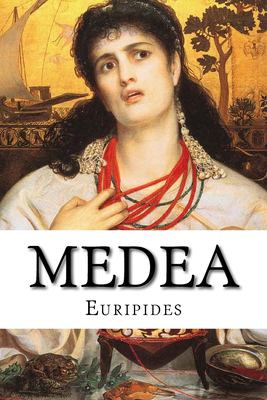 The Medea is one of the earliest of Euripides’ works now preserved to us. Medea, princess of the Colchians, fell in love with Jason who came to Colchians to fetch back the soul of this kinsman Phrixus and find the fleece of the Golden Ram. Medea helped Jason through all the trials, even in the price of deceiving her father and stabbing her brother dead. Medea also killed the King of Iolcos in revenge for Jason. Eventually, they fled to Corinth where Jason abandoned Medea and married the Princess of Corinth. At this point the tragedy begins- Medea killed the Princess, as well as her two sons with Jason. 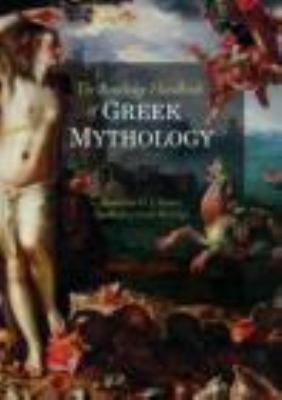 This handbook is a completely rewritten and revised version of H. J. Rose’s original text with incorporation of the latest research by Robin Hard. The narrative framework of the book remains that of Rose. Beginning with the emergence of the world from Chaos and Night, Hard starts his narrative from description of the mythological beings. Then Hard proceeds to present the rule of the Olympian Gods and the age of the heroes. The book finally ends with the association between legends of Early Rome and Greek myth. The text includes full documentation of the ancient sources, maps and genealogical tables. 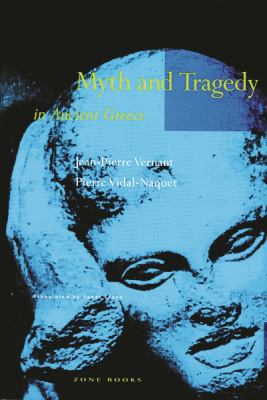 Myth and Tragedy in Ancient Greece

Originally published in French in two volumes, this new single-volume edition collects 17 essays earlier published as either reprints or new work. The first published part of the work in English (Chapters 1-7 and 13) are entirely devoted to tragedy of the fifth century in general and to the systematic analysis of several individual plays: Aeschylus' Oresteia and Sophocles' Oedipus Rex and Philoctetes. The second half contains nine essays, among which are studies that explore much the same areas as the first half but in different plays: Aeschylus' Seven Against Thebes, Sophocles' Oedipus at Colonus, and Euripides' Bacchae. These plays are analyzed according to the tenets of structural analysis. 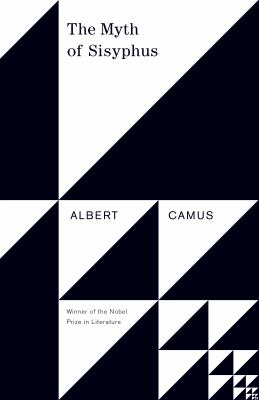 The Myth of Sisyphus

This work is a crucial exposition of existentialist thought. Influenced by works such as Don Juan and the novels of Franz Kafka, with such fundamental subject that “it is legitimate and necessary to wonder whether life has a meaning and that therefore it is legitimate to meet the problem of suicide face to face,” the essay presents a meditation of suicide- the question of living or not living in a universe devoid of order or meaning. Camus posits a way out of despair, reaffirming the value of personal existence and the possibility of life lived with dignity and authenticity. 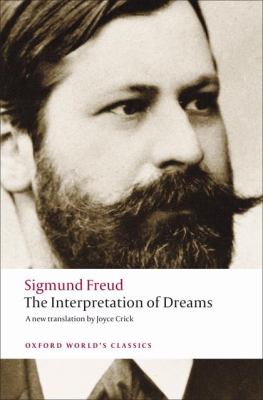 The Interpretation of Dreams

First published in November 1899, this work inaugurated the new practice of psychoanalysis. It is the originator of concepts such as Oedipus complex, and the notion that our daily lives are governed not only by conscious decisions but by unconscious pressures. This new translation is the first to be based on the original text published in November 1899. It restores Freud's original argument, unmodified by revisions he made following the book's critical reception which included, under the influence of his associate Wilhelm Stekel, the theory of dream symbolism. Reading the first edition reveals Freud's original emphasis on the use of words in dreams and on the difficulty of deciphering them. 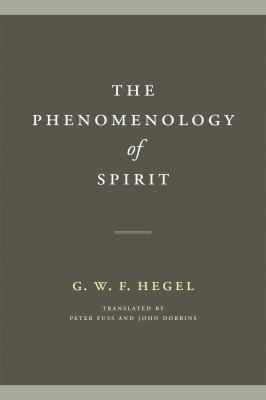 The Phenomenology of Spirit

This masterpiece by Hegel examines the course of experience in progress from ephemeral matter-of-fact appearance, through mounting evidence of an underlying coherency, to a comprehensive result so critically thought through that the inner logical dynamic of the real is manifest. The book discusses sense-certainty, perception, force and understanding, self-consciousness, reason, spirit, religion, and absolute knowledge. Focusing on topics in metaphysics, epistemology, physics, ethics, history, religion, perception, consciousness, and political philosophy, Hegel develops his concepts of dialectic, absolute idealism, ethical life, and Aurhebung in this book, which marked a significant development in German idealism. 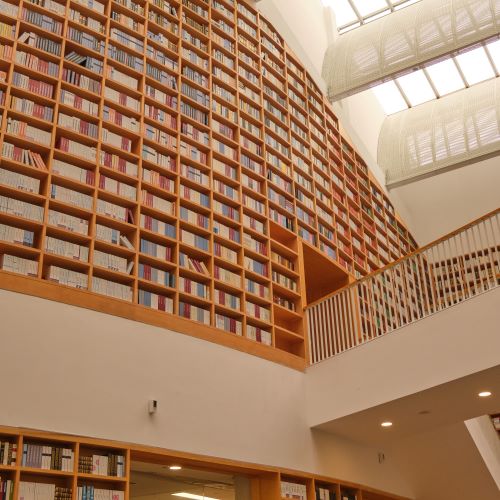